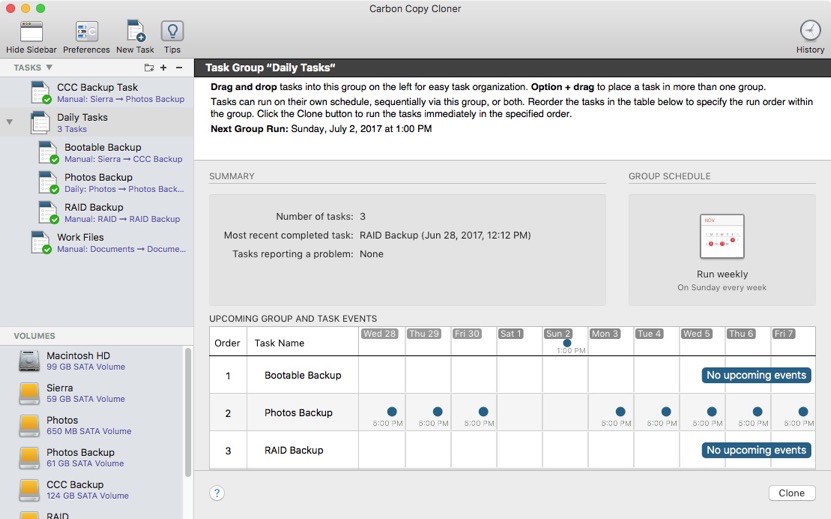 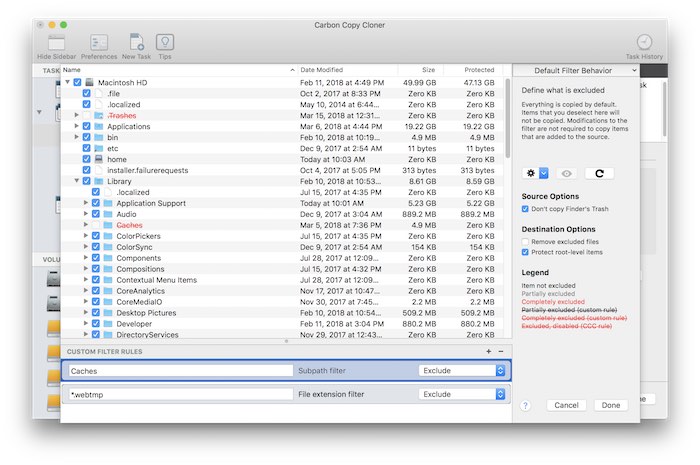 CCC's Task History window now offers a trend chart. The trend chart shows how your tasks are performing over time, and how many files/how much data gets copied each time your task runs.

CCC 4 will be qualified on macOS High Sierra with some support for APFS source volumes, but the majority of our APFS compatibility support is going into CCC 5. CCC 5 currently offers bootable system backups from APFS to APFS, HFS to APFS, and APFS to HFS, and of course HFS to HFS. Additionally, CCC 5 supports APFS encryption for both source and destination APFS volumes, as well as for remote Mac source and destination volumes. You read that correctly – CCC 5 can automatically unlock and mount your APFS-encrypted volumes on a remote Macintosh, and do so while maintaining the security of your encryption key in a keychain.

Your CCC 3 or 4 license may be eligible for upgrade pricing, but Carbon Copy Cloner 5 licenses are not currently available for sale. CCC 5 licenses will be available for sale when it is officially released in August. CCC 4 licenses purchased after today will be automatically upgraded to CCC 5 licenses when CCC 5 is released. If you would like to participate in our beta testing program, you can download a pre-release version of CCC 5 and start your 30-day trial today.