Often when you have a backup task that runs on a scheduled basis, there are associated tasks that you would like to perform before or after files are actually copied. CCC offers the option to run shell scripts before and after a backup task, unmount or set the destination as the startup disk, run another CCC backup task, and power management options such as restart and shutdown. If you would like to perform any of these pre or post clone tasks, click on the "Use Advanced Settings" button at the bottom of CCC's window. 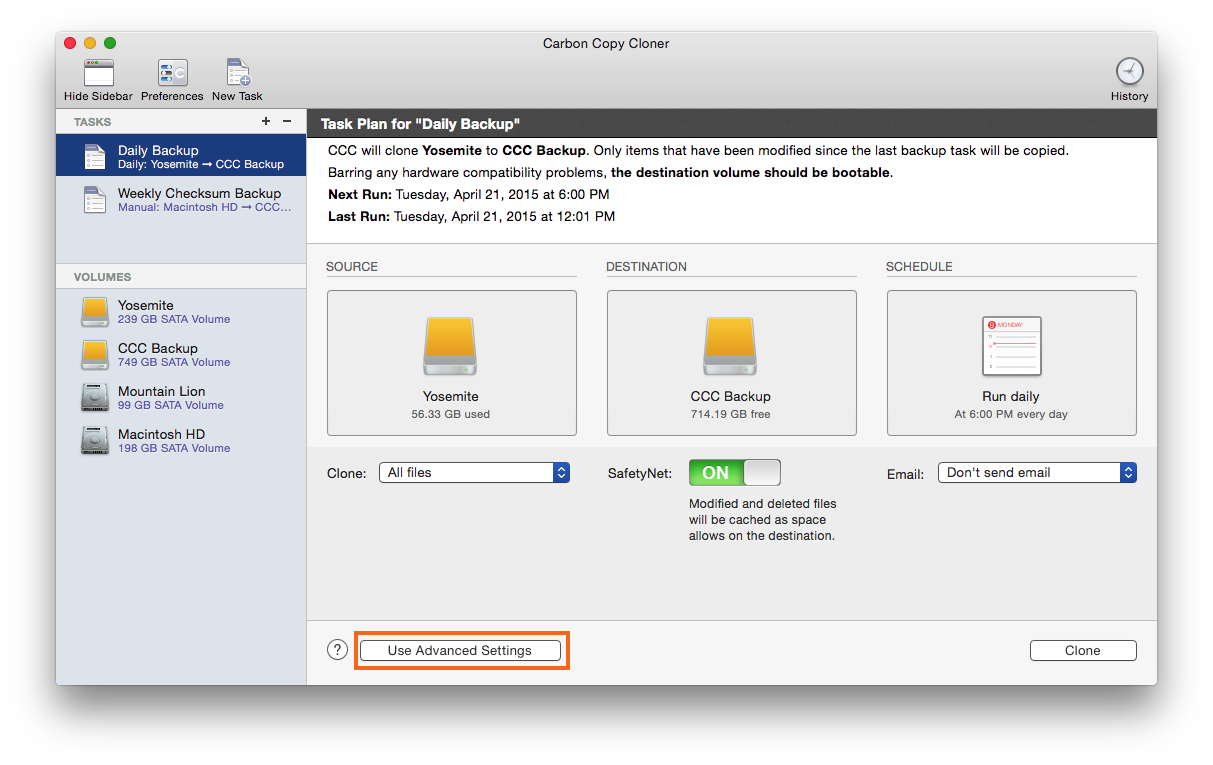 Without any additional configuration, CCC will attempt to mount your source and destination volumes before a backup task begins. This applies to many different volume types — ordinary volumes on locally-attached hard drives, disk images, network volumes, and encrypted volumes. If your source or destination volume is on a disk that is physically attached to your Mac (e.g. via Firewire, Thunderbolt, or USB), but it is not mounted, CCC can "see" that device and will attempt to mount it. If your source or destination is a network volume, CCC will obtain the credentials that you use to mount that device when you create the backup task, and will use those credentials to mount the volume before the task begins.

Performing automated tasks before and after copying files 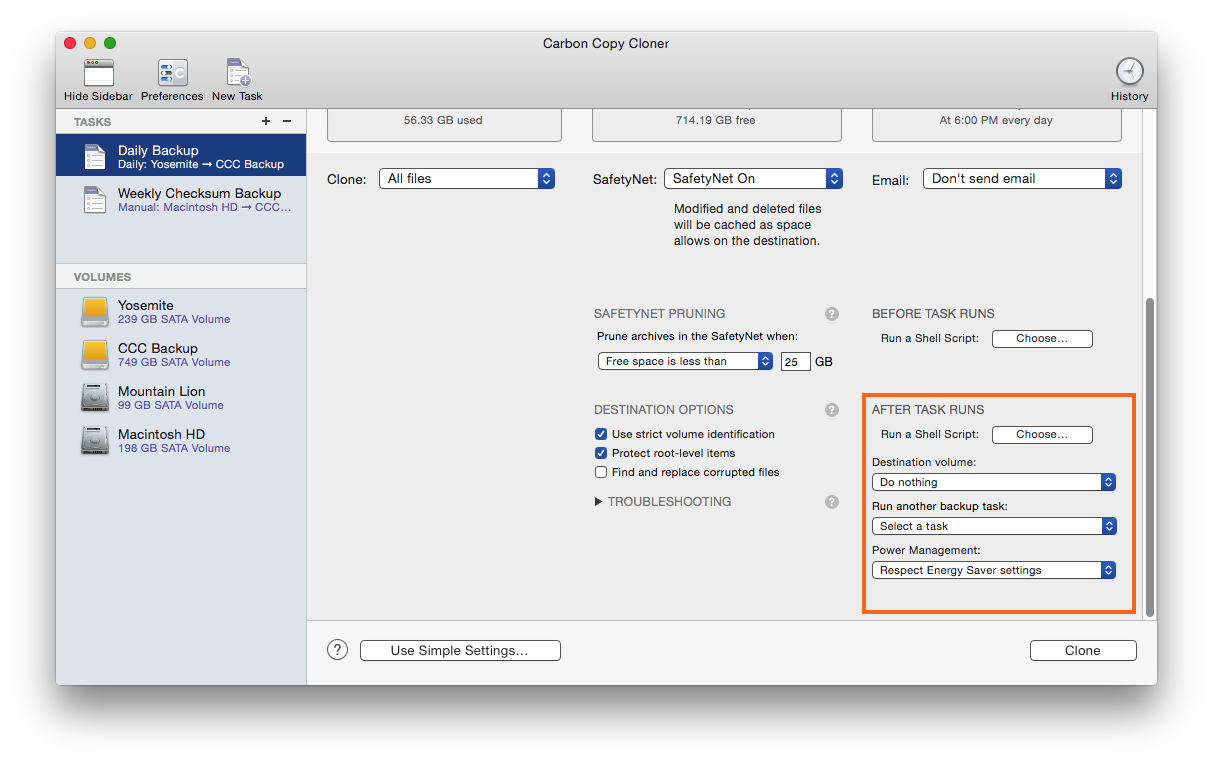 If you have more than one CCC backup task configured, the other tasks will be listed in this popup menu. To create a task chain (e.g. to run tasks sequentially), simply choose one of these tasks to have that task run automatically after the current task finishes. Tasks run in this manner will start after the current task has finished completely. Chained tasks will run regardless of the exit status of a preceding task in the chain, e.g. if the first task reports errors or fails to run at all, the second task will still run.

The path to the source volume or folder.

The contents of this parameter has changed since CCC 3, so take care to update the logic in any shell scripts that you used with earlier versions of CCC.

The path to the destination disk image, if applicable. The contents of this parameter has changed since CCC 3, so take care to update the logic in any shell scripts that you used with earlier versions of CCC.

CCC's pre and post clone shell scripts are executed as the System Administrator. To prevent non-administrative users from making unauthorized modifications to your shell scripts, you should restrict which users have write access to these scripts and to the folder in which they are contained. The parent folder and scripts should be writable only by the owner (e.g. you). For example, running the following in the Terminal application would secure any shell scripts located in the default location for pre and post clone scripts: