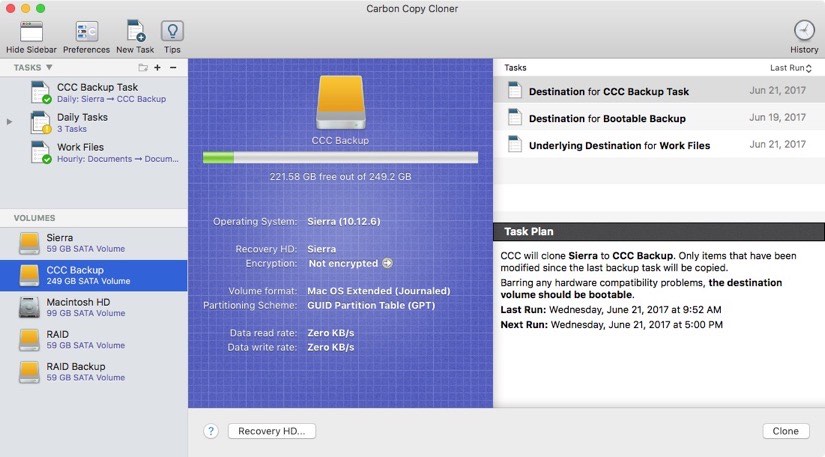 When you select an APFS-formatted volume in CCC's sidebar, the volume usage indicator may show several different colors. Green, yellow and red have the same meaning as described above. A lighter shade of each of those colors indicates the percentage of disk usage that is consumed by snapshots (and this is only applicable when snapshots are present on the selected volume). Light gray indicates free space. Dark gray indicates disk usage that is consumed by other APFS volumes that reside in the same APFS container (the same as "Other Volumes" noted in Disk Utility). 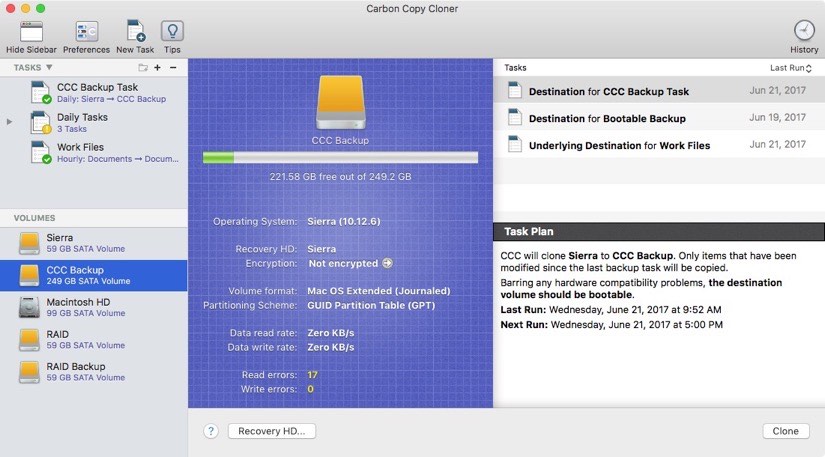 If you select an APFS-formatted volume, CCC will display a list of volume snapshots and snapshot retention policy settings for that volume. Learn more information about Snapshot Management here.