CCC is fully qualified for use with FileVault-protected volumes (HFS+ and APFS, however note that Apple no longer supports creating HFS+ encrypted volumes on Big Sur+).

Standard Backup: Enabling encryption on a volume that will not contain an installation of macOS

If you're not creating a legacy bootable backup, and if you have no intention of installing macOS onto your backup volume, there are two simple options for encrypting the backup: 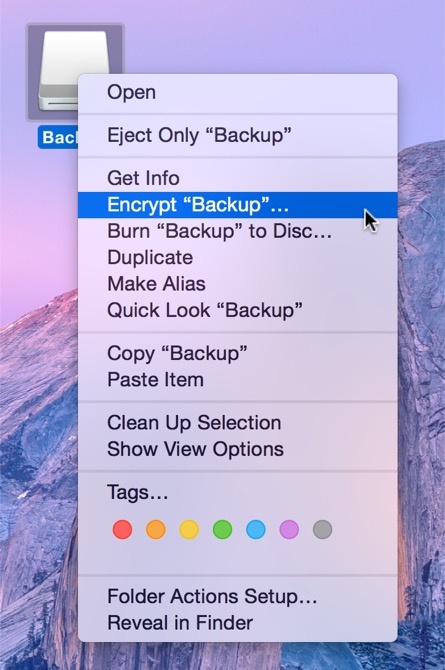 Legacy Bootable Backup: Enabling encryption on a volume that contains (or will contain) an installation of macOS

If your goal is to create a legacy bootable backup that is encrypted, use the following procedure:

What if I don't want my personal data to ever be on the destination in unencrypted form?

Enabling FileVault on the destination means that the volume starts out unencrypted, and then over the course of several hours the data is encrypted in place. If the encryption conversion process completes successfully, then for most intents and purposes, no trace of the unencrypted data will be left on that disk. There are some caveats however. If your backup volume is an SSD, and if you delete files from the SSD prior to enabling encryption, then the SSD may automatically move the not-yet-encrypted underlying blocks out of rotation (for wear leveling), and those data could be recoverable by experts. Likewise, if the conversion process fails for any reason, then the data on that disk is potentially recoverable. If either of these scenarios is not acceptable, then we recommend that you exclude any sensitive data from the initial backup task. Don't exclude your whole home folder — you must include at least one folder from your home directory so that you can log in to that account on the backup.

After you have booted from the backup volume and enabled FileVault, you can then reboot from the production startup disk, remove the exclusions from your backup task, then run the backup task again to copy the remainder of your data. Any data that is copied to a volume that is in the midst of encryption conversion will be encrypted immediately.

Note for Big Sur (and later OSes) users: Do not use the Legacy Bootable Backup Assistant to configure your initial backup task, you will not be able to exclude content from a Full Volume Clone. After the initial Standard Backup has completed, proceed to install macOS onto the destination. After installation has completed, enable FileVault, then reboot from your production startup disk and run your CCC backup task again without the exclusions.

"A recovery key has been set by your company, school, or institution"

If you migrated data from a Mac that had an institutionally-managed FileVault Recovery key, the presence of that key can prevent you from enabling FileVault. You can remove that key in the Terminal application:

Then proceed with the instructions above to enable FileVault in System Preferences.